M. Gérard Larcher, president of the senate, praised the exemplary reindustrialisation of La Ciotat Shipyards and the global ambitions carried forward by the creation of the 4000t Platform

You are here:
Opinion 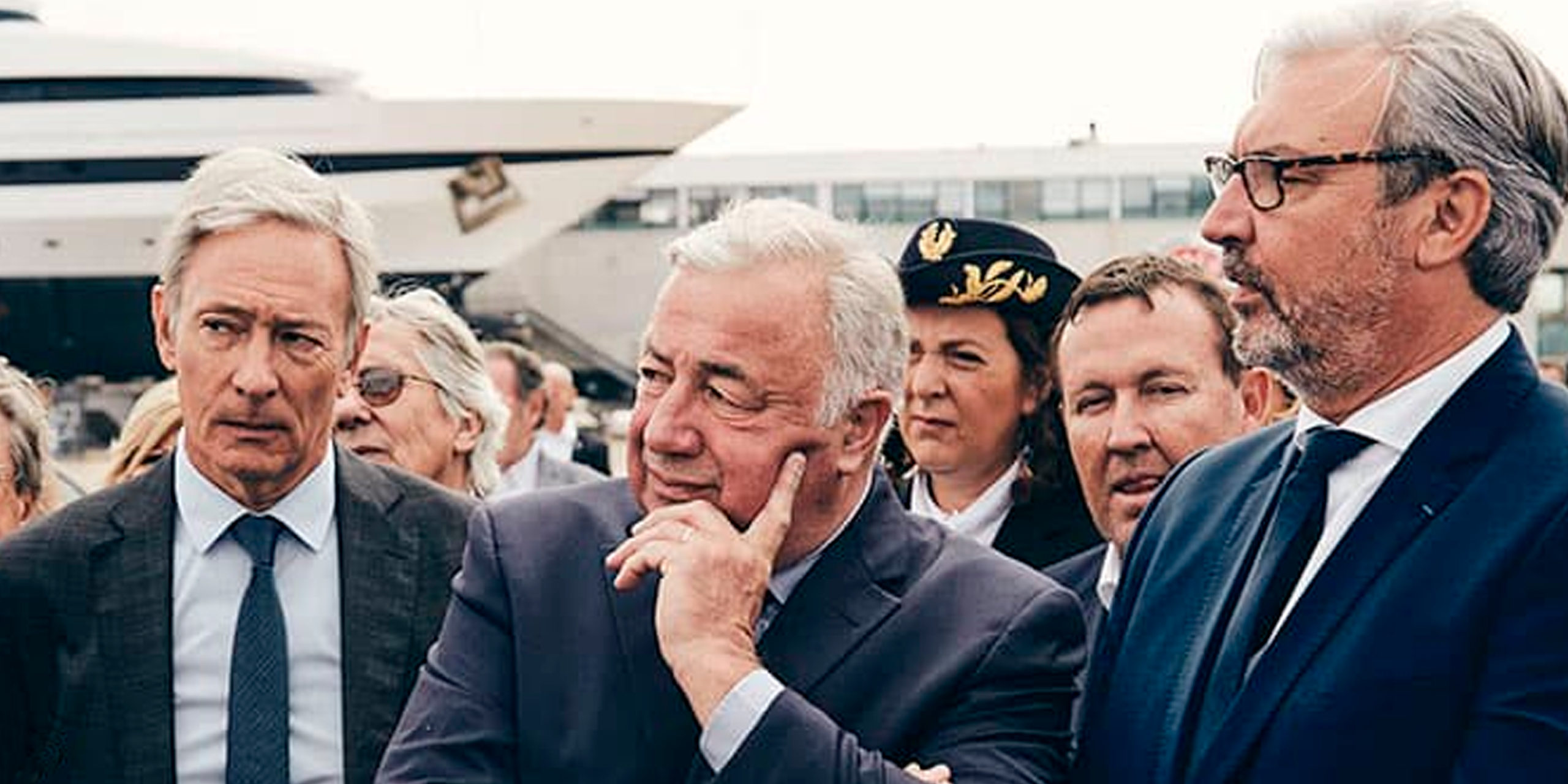 Today, Friday, August the 31st, 2018, Gérard Larcher, President of the Senate, visited the site of La Ciotat Shipyards, a first since the implementation of the project to reindustrialize the site.

During a brief press conference, Mr. Larcher paid tribute to the exemplary consensus surrounding the shipyards, and especially the proactive policy of its shareholders, who have agreed to give La Ciotat Shipyards the means to fulfill its global ambitions, notably through the creation of a 4000t platform for the refit of Mega Yachs.

Upon Mr. Larcher’s visit, representatives for La Ciotat Shipyards’ shareholders were present, accompanied by the State representative, Mrs. Marie-Emmanuelle Assidon, Delegate Prefect for equal opportunities, and Pierre Tidda, representing the employees, who are parties to the agreement of August  17th, 1994 with regards to the revitalization of the former shipyard’s site. All parties signed  a new agreement in the presence of Mr. Bernard Deflesselles, Deputy of the 9th district of Bouches du Rhône, several parliamentarians, mayors and local leaders. By signing this new protocol, they:

For the record :
La Ciotat Shipyards will invest approximately 100 million euros in order to become the point of reference for refit and repair of Mega Yachts (over 80m). La Ciotat Shipyards will be equipped with a platform along with a 4000T shiplift, and will build a business village of expert companies: LCS Yachting Village.

The shipyards of La Ciotat: An exceptional heritage to respect
8 February 2019
Recent posts
Categories
Go to Top
This website uses cookies to improve your experience. We'll assume you're ok with this, but you can opt-out if you wish. Accept Read more
Read more