You are here:
AgendaInside the yards 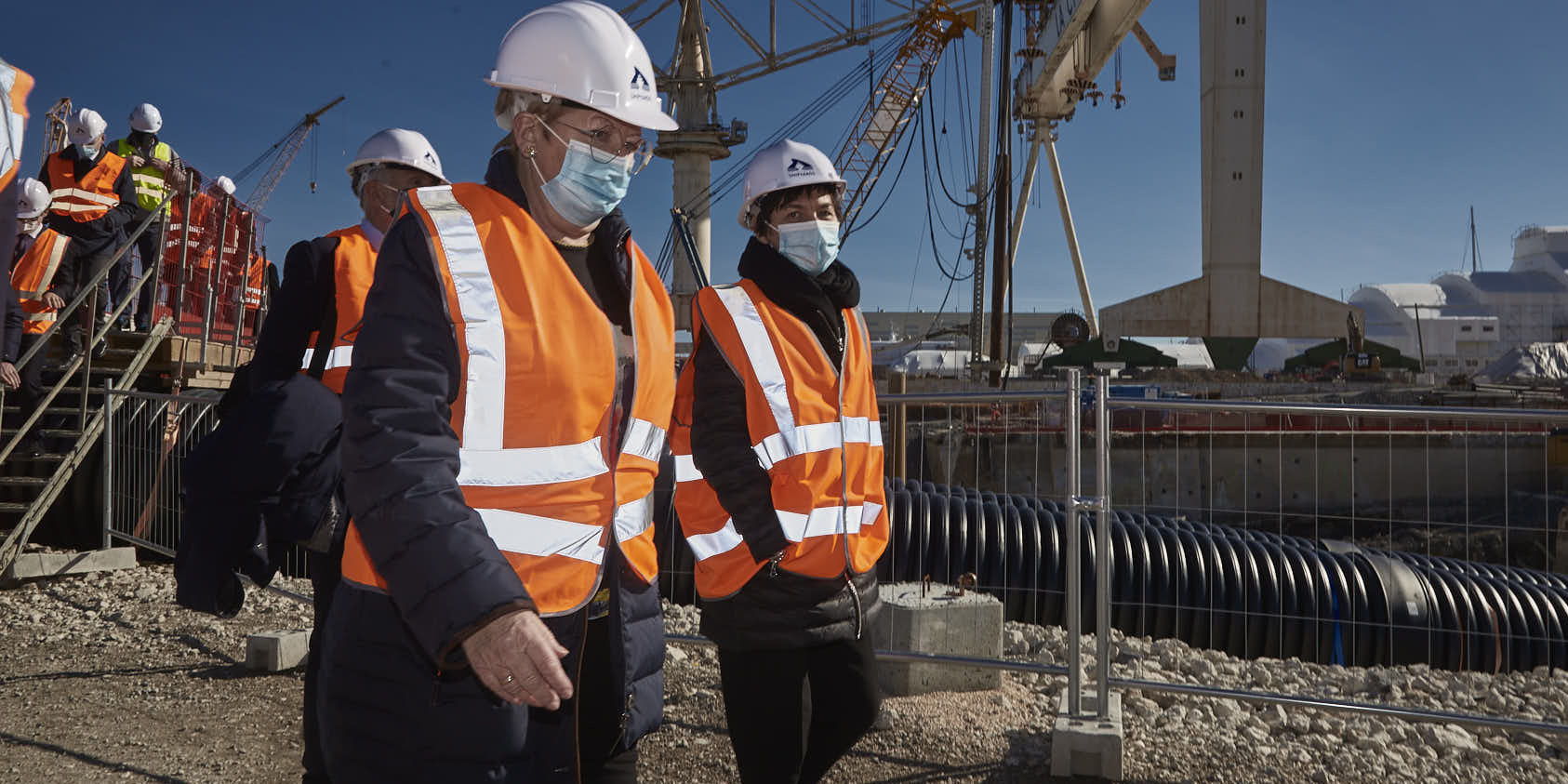 This visit was their first opportunity to take stock of the consequences of the health crisis for the La Ciotat shipyards, after the tumultuous year of 2020 which unfortunately ended in a significant drop in the number of visiting superyachts (110 welcomed in 2020, down from 147 in 2019). Despite these difficult conditions, industrial activity has shown good resilience thanks not only to the dynamism of the operators located in La Ciotat, but also to the support of the Department of Bouches-du-Rhône and its president, Ms. Martine VASSAL, who, as the port authority, was able to quickly take measures to modify pricing so as to encourage a restart of activity by the autumn of 2020. During a visit to the quays of La Grande Forme, which currently houses two yachts of 140m and 88m respectively, Ms. GIRARDIN, in the company of Mr.Ben MENNEM, President of MB92 La Ciotat, was able to assess the appeal of the facility and the significance of its positioning towards larger and higher value-added yacht refits.

LCS was also proud to present to the Minister the progress of the work on the ATLAS-4300t platform, which has continued according to schedule despite the health crisis. This exceptional project, which will equip La Ciotat shipyards with the capacity to handle the needs of the world’s largest megayachts, constitutes the largest investment made on the site for nearly a quarter of a century.

Finally, the visit was also an opportunity to discuss the future and the industrial development prospects of the site, where much work remains to be done. In this regard, LCS reaffirmed to the state representatives its commitment to take an active part in the “France Relance” plan, in accordance with the decisions taken by its board of directors in October 2020 and January 2021. It reiterated that it was ready to make further investments quickly with the dual objectives of further strengthening the site’s competitiveness and further improving its environmental footprint, where the La Ciotat sites are already among the most sustainable in the global maritime sector.

The Minister then went to meet with the company iXblue.