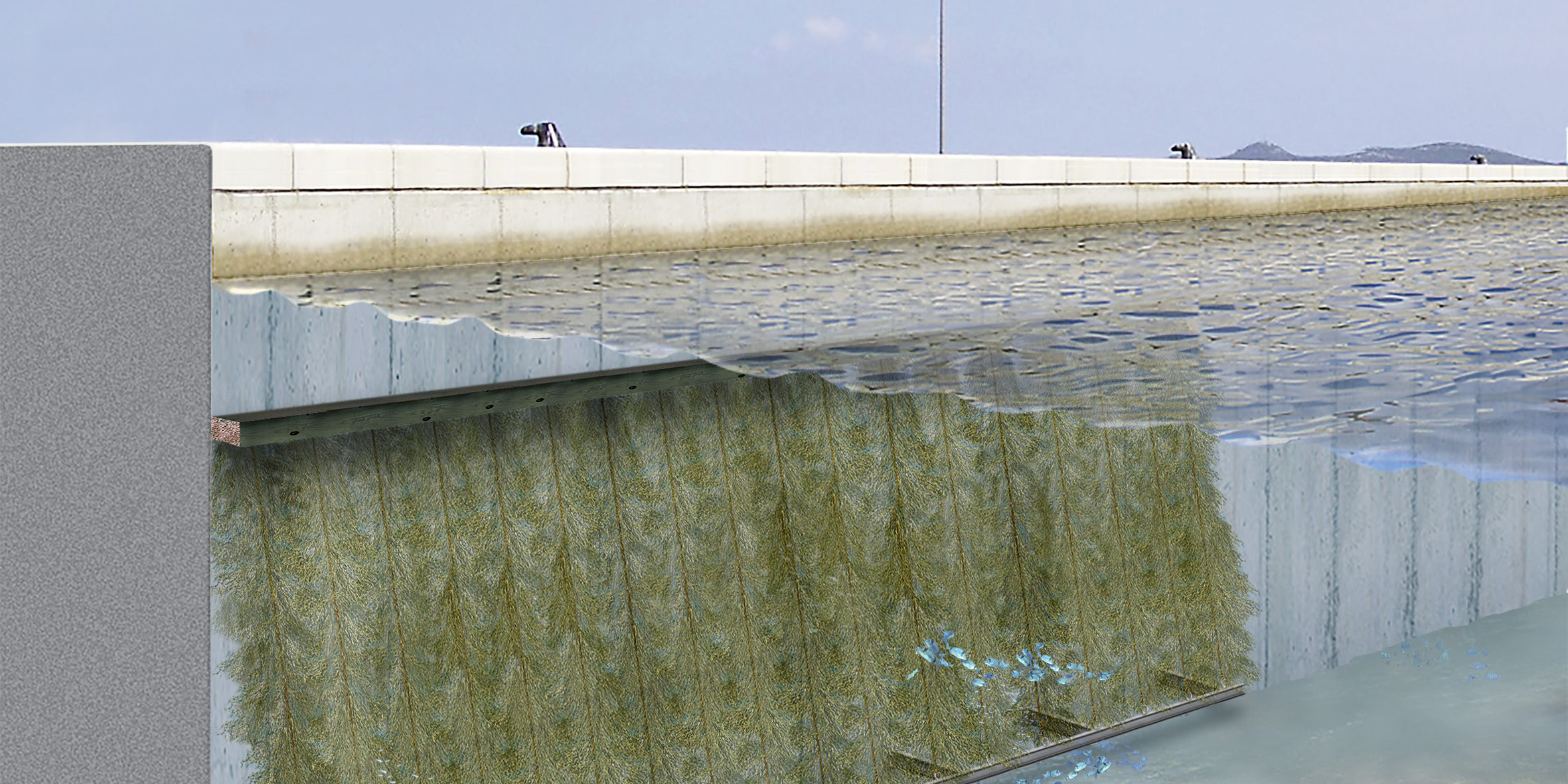 On 16th December 2019, La Ciotat Shipyards (LCS) presented the environmental features of their upcoming 4,300t platform dedicated to megayachts. As a side event, the company disclosed that they have chosen Vinci Construction Maritime et Fluviale as the main contractor on this project. The related contract was formally signed by Mister Régis Garnier, Général Manager.

Jean-Yves Saussol, CEO of LCS stated : ” We are more than happy to have demonstrated in practice that it is possible to reconcile profitability and the creation of hundreds of jobs for the local community with delivering a positive impact on the environment. ”

Mr. Martin Perrot, COO of the company Seaboost also presented an important feature of the project consisting of implementing an innovative biomimicry system that will reproduce the natural habitats of local marine species, thus fostering their reproduction. This feature, which has already been tested at a smaller scale in the Marseilles’ harbour, will cover in La Ciotat no less than 600sqm and so will form the world’s largest artificial fish nursery to be installed in a harbour.

LCS is launching a call for proposals for the development of a future outdoor recreational space!
23 February 2021

LCS are up for a sustainable recovery and strengthen their team
2 November 2020
Recent posts
Categories
Go to Top
This website uses cookies to improve your experience. We'll assume you're ok with this, but you can opt-out if you wish. Accept Read more
Read more

This website uses cookies to improve your experience while you navigate through the website. Out of these, the cookies that are categorized as necessary are stored on your browser as they are essential for the working of basic functionalities of the website. We also use third-party cookies that help us analyze and understand how you use this website. These cookies will be stored in your browser only with your consent. You also have the option to opt-out of these cookies. But opting out of some of these cookies may affect your browsing experience.
Necessary Always Enabled

Any cookies that may not be particularly necessary for the website to function and is used specifically to collect user personal data via analytics, ads, other embedded contents are termed as non-necessary cookies. It is mandatory to procure user consent prior to running these cookies on your website.