You are here:
Agenda 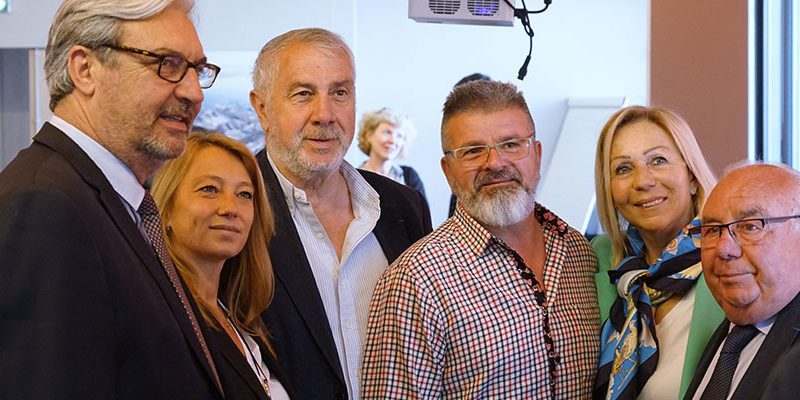 The Board of Directors of La Ciotat Shipyards met on Tuesday, May 7th at 10 am under the chairmanship of Mr. Patrick Bore. According to the report produced by Jean-Yves Saussol, CEO of the company, concerning the result of contacts made with various public and private partners of the project and the provisional business plan of the operation, the Board of Directors formally approved unanimously the characteristics of the financing plan for the future 4000t platform of the La Ciotat’s shipyards. The corresponding investments exceed 70 million, making it the largest project carried out by our company since its creation in 1995. This amount will be financed at over 75% by the revenues from the exploitation of the naval site, nearly 53 million euros. The balance will be financed by a capital increase of € 8 million signed off by the Aix-Marseille-Provence Metropole and the city of La Ciotat, thus increasing their contribution to the company’s investment pool. For its part, the Department will provide a subsidy of 8 million euros (11% of total investment) for the decontamination and rehabilitation of basic port infrastructure belonging to it. The South PACA Region has also pledged a grant of € 1.3 million (2% of the total).

According to Patrick Bore, President of the company and Mayor of La Ciotat: “The approval of the financing plan is a milestone and I thank all the public and private partners who made it possible. I am particularly pleased that the City of La Ciotat has had the opportunity to strengthen its participation in its shipyard, with which it shares a common destiny. I am now looking forward to seeing the beginning of work in order to achieve the creation of hundreds of new industrial jobs for our region.”

The local public company “La Ciotat SHIPYARDS” (former SEMIDEP-Ciotat) initiated the implementation of a platform dedicated to the hauling-out of 2000t to 4000t yachts as part of its public service concession contract with the departmental Council of Bouches-du-Rhône. This project, which is part of the re-industrialization process of the shipyards of La Ciotat started a quarter of a century ago, presents a major economic interest for the whole region. It is for this reason supported by all the local authorities and by the state.

The sustainability of the economic exploitation of this platform is evidenced by the signature on February 27th, 2019 of a 35 year contract with the MB92 group, undisputed worldwide leader in the sector and which has a third of the world fleet of yachts over 2000t among its clients. However, the new equipment will remain open to all yachts repair operators through a public space, directly operated by La Ciotat Shipyards.

The preparatory steps for the starting of work is very advanced, allowing to foresee an effective start in the 1st quarter of 2020: the environmental authorization is under instruction by the state services and the awarding of public contracts should be finalized by the fall of 2019.