Crews, captains and fleet managers: what they expect from LCS

You are here:
Survey 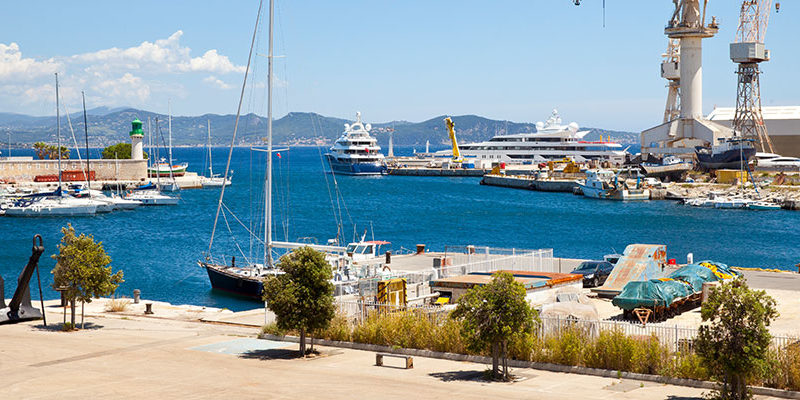 Launched in late 2017, LCS “Objective 2020” is an ambitious program for the development of the shipyard in 3 axes: #bigger #better and #friendlier. This last axis concerns in particular the improvement of hospitality on the site. Over the last two years, La Ciotat Shipyards has engaged in a direct consultation process with crewmembers of yachts on stopovers in order to involve them in defining investment priorities of the shipyard and to better understand their expectations. This survey was extended to include a direct exchange with the captains of Superyacht “Tiara” and Megayacht “Musashi”. Lessons.

The crews feel good in La Ciotat Shipyards. The first lesson from the survey launched among the crews confirms the attractiveness of La Ciotat: if 69% of interviewed crew members had a favorable opinion of the site before their first coming, the satisfaction rate climbs to 77% after their arrival on the site.

“The quality of the hospitality in the city of La Ciotat has improved considerably, says the captain of Musashi, with many possibilities for accommodation, but also for relaxation and food service around the Old Port.” These remarks are confirmed by the survey which highlights that 85% of crew members would recommend La Ciotat for a stopover.

The second lesson is that, if the quality of the onsite infrastructure and of the know-how remains priority criteria for the captains, improved hospitality is a significant “plus”. Access to an outdoor recreational and relaxation area on the site, like what has been developed in other sites, is the main demand (requested by 100% of the consulted crews!): “the crews are working a lot on board during refit period, some of them living on board throughout the refit period, so they need relaxation areas, added the captain of Musashi. Something like a multi-purpose ground with some sports equipment would be such a good idea. ” La Ciotat Shipyards thus relied on the survey to establish by 2020 an outdoor recreational area that could accommodate a sports field to practice volleyball or “pétanque” (requested by 92% of the survey group). The third issue highlighted by the survey is security, issue to which LCS pays particular attention. The attitude of the captains on this subject is clearly ambivalent: “While the need for secured access is real, we must be careful not to set up, under cover of ISPS, too rigid access constraints that poison life of users of the site with no real added value. ” said the captain of Tiara. Regarding possible inappropriate behavior of the crew, captains underline that they have the ability to sanction them and are willing to work closely with LCS on this matter.

Crew Member Satisfaction Survey: Thanks for your participation!
29 March 2018
Recent posts
Categories
Go to Top
This website uses cookies to improve your experience. We'll assume you're ok with this, but you can opt-out if you wish. Accept Read more
Read more