You are here:
Equipment 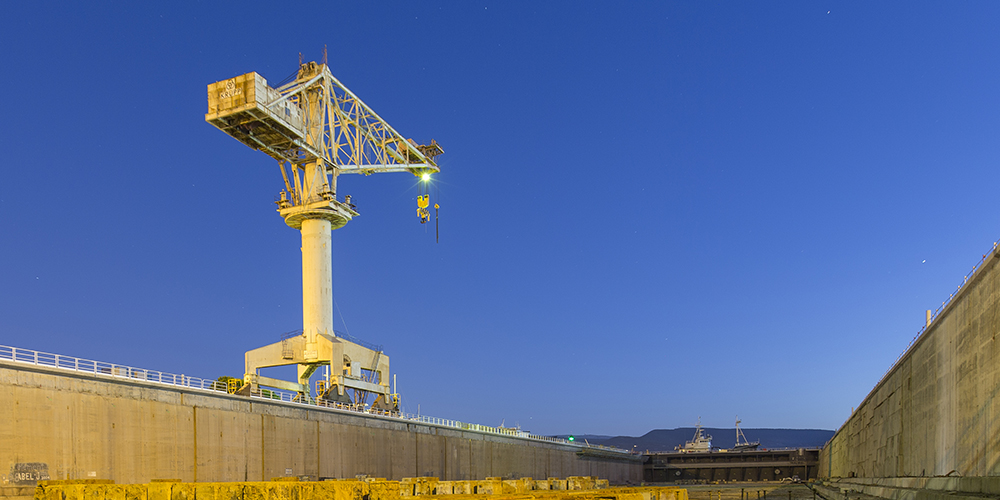 La Ciotat Shipyards (LCS) have just learned that it is one of 21 companies in the France-Alpes-Côte d’Azur region to have been selected to date to take part in the scheme to support industrial investments in the territories launched by the government under the label “France Relaunch“.

More precisely, LCS have been awarded a grant of 700,000 euros to carry out the modernisation of the shipyard crane known as the “250 tonne crane”.

” This aid will allow us to maintain and modernise the last crane that is still functional on the site.” explained Jean-Yves Saussol, CEO. ” Well known to Ciotadens, it offers the potential to bring new capabilities to LCS , in particular to  the Grande Forme dry dock and to the future ATLAS platform. Designed for high capacity lifting, it is a tool that is rarely, if ever, encountered in other yacht refit yards. Without the aid allocated to us under the France Relaunch programme, economic logic would unfortunately have led us to retire it in the medium term, given the disproportionate cost of its complete restoration (around one million euros), and to replace it with a lower capacity road crane.”

First commissioned time in 1968 it is, along with the large gantry crane, one of the last two items of lifting equipment inherited by LCS from the former shipyard to remain functional. Manufactured by the iconic KRUPP brand, it can lift loads of up to 170 tonnes and then transport and deposit them with great precision at any point along the starboard side of the Grande Forme dock. It also has an original 20 tonne auxiliary lifting mechanism that moves along the length of the boom.

“As a fully electric crane its operation does not generate any emissions in the port area. As a result, restoring it represents an environmental gain by avoiding its replacement with road cranes equipped with diesel engines,” says Rubin Mukam, operations manager at La Ciotat Shipyards, who will be overseeing the works.

The 250t is an old lady who needs to be pampered,” he continues. “The work will consist of upgrading and modernising her electrical systems. The lifting, rotating, lateral and steering movements of the crane will be reviewed, as well as the cockpit and its controls. We also plan to give her a new paint job. We will take this opportunity to involve LCS maintenance teams in this rehabilitation work so that they receive the training necessary for them to undertake any subsequent maintenance work.

“This decision first of all recognises the importance of our shipyards and the economic contribution they make to our region,” concluded Patrick Ghigonetto, President of LCS. “I would particularly like to thank Mrs Agnès Pannier-Runacher, who gave us the pleasure of receiving her at the site last August. In my opinion, we are fully in line with the stimulus plan because this funding makes it possible to unlock a capability that not only contributes to the competitiveness of the region, but also shows respect both for the environment and for the preservation of our industrial heritage. We do hope that the state will not put away its cheque book too quickly as we still have plenty of similar projects ! “.

Calls for tenders regarding the crane’s renovation will be launched in early spring for work to start between May and June, with the objective of having effectively a brand-new crane ready in time commissioning of the ATLAS-4300t platform in 2022.